Throughout his campaign and his career in entertainment and business, Donald Trump has attacked many women—including his competitor in the 2016 presidential race, Secretary Hillary Clinton. He called Clinton a "nasty woman," Fox News journalist Megyn Kelly a "bimbo," and other women "fat pigs" and "disgusting animals." In a leaked tape from 2005, Trump said that as a star, "You can grab them by the pussy. You can do anything." A dozen women came forward to publicly accuse Trump of sexual assault. He dismissed the recording as "locker room talk," but in response, women began protesting outside of Trump Tower in New York. They called their movement Pussy Power, telling Trump they would not stand for his misogyny.

On November 8, 2016, Donald J. Trump was elected the 45th president of the United States. 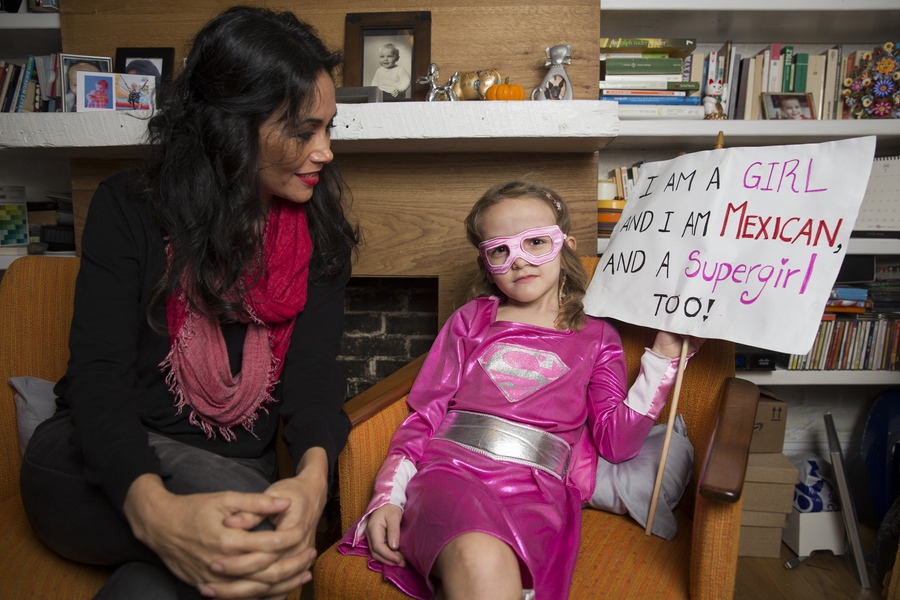 All this racism, all this discrimination, it really has been painful. I cannot vote. I am not a citizen. But I can protest. And since I didn't have a babysitter, I decided to bring my daughter with me. I explained to her that there is somebody who is running for president who hasn't been respectful with women and with Mexicans, so we have to defend ourselves. 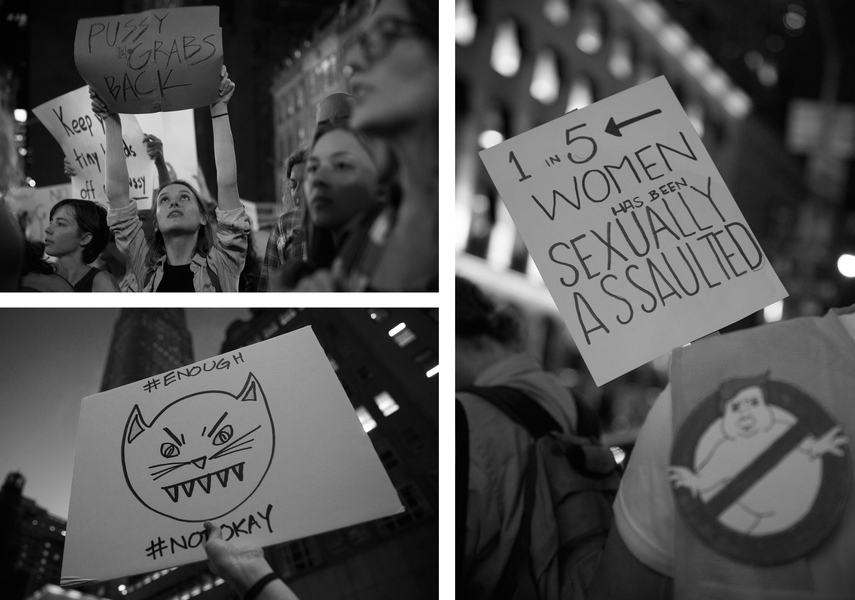 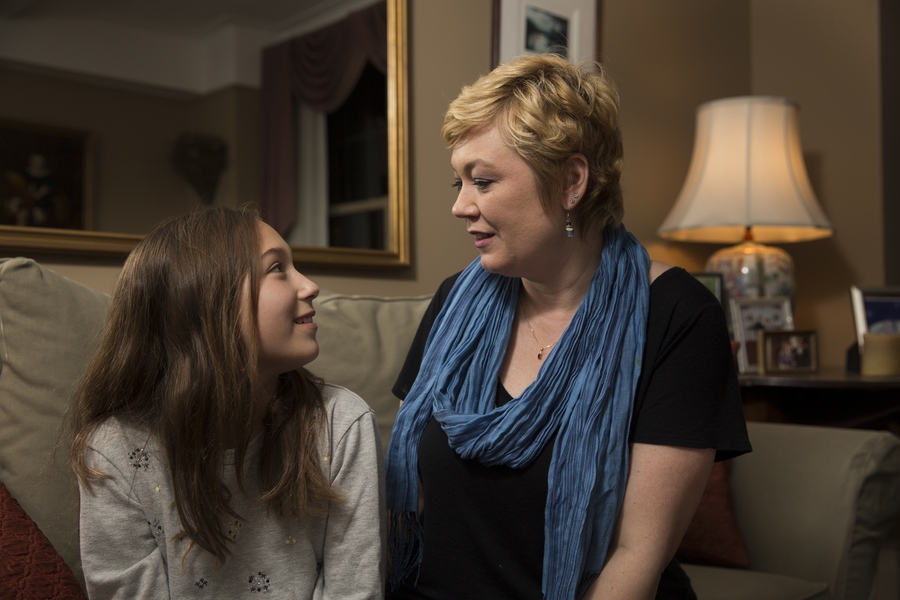 I've never been one to back down to pressure from men, but it doesn't mean I haven't suffered at the hands of their attempting. I want her to learn to use her voice. I think women need to learn how to take up space and own that space, and one way of doing that is to use your voice in a loud way. We're so often trained to be quiet and told to be unobtrusive and small. 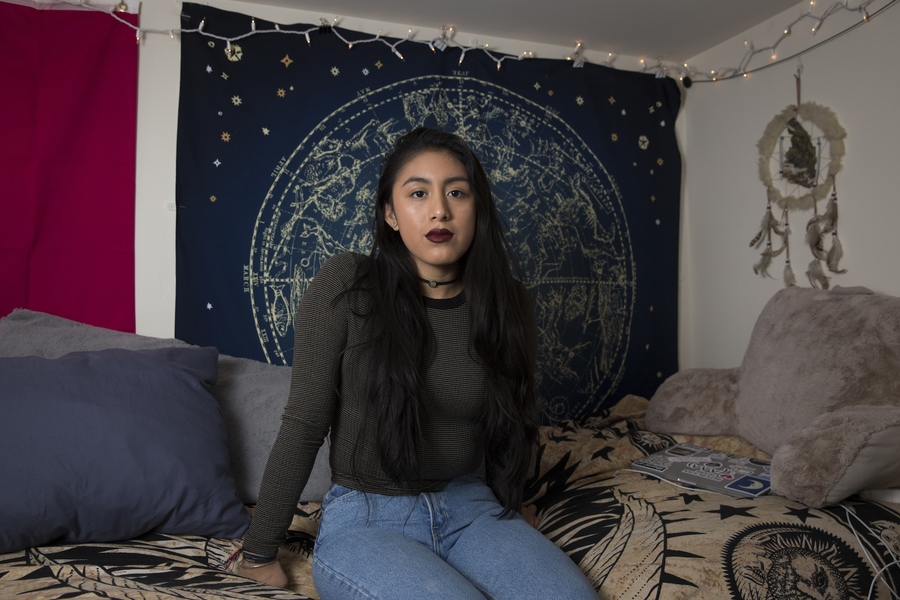 I'm a first generation immigrant. My family came here for the American dream. I was always taught to believe that America is great. America is going to give you everything. 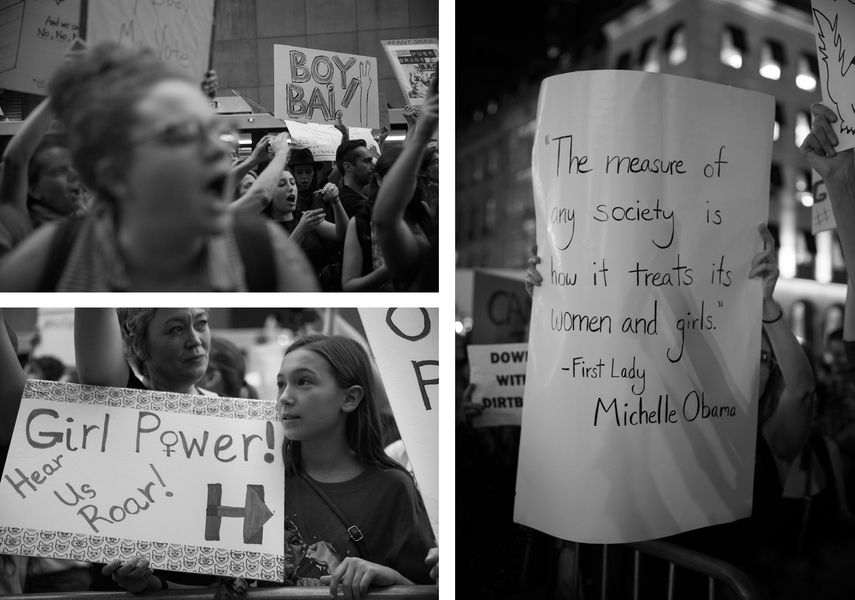 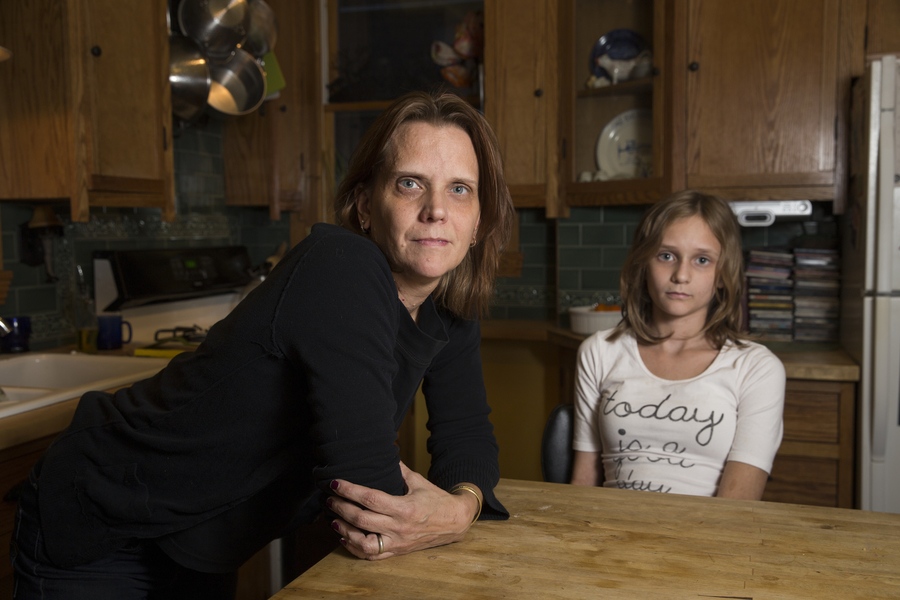 The first time that I was ever touched inappropriately was when I was her age by another boy in school. It's unfortunate that we have this election cycle, but I think it's always good to be able to have an occasion to talk to our kids about these things.

I was really interested in bringing her into that space of women's empowerment and women protesting. I remember doing that with my mom. We went to pro-choice rallies, and that was in the mid-to-late 1980s. But at the same time, I just can't imagine that we're in a place where this is what has to spark these conversations. Sometimes it's just scary. 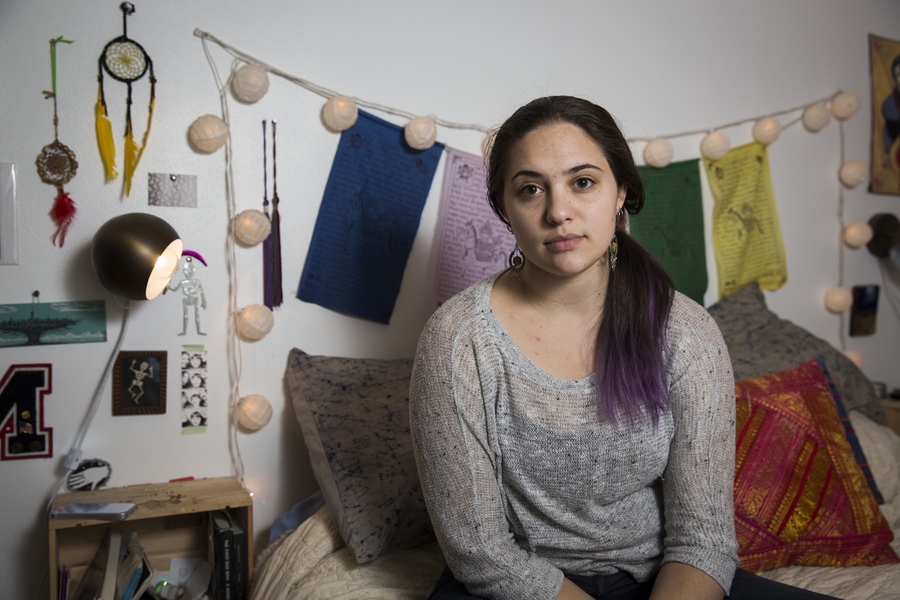 What's disturbing and why it's so upsetting to hear these comments isn't because of the comments themselves. It's the moment right after the comment when the person who [Trump] was just talking about is there with him and he's being cordial and somewhat respectful. That's what women fear: this idea that the men in our lives who we work with and live with and love are doing this "locker room talk" thing behind our backs.

Whatever this movement is of Pussy Power at Trump Tower, it's not done when he loses the election. We've got a long way to go. It's time for the old ideas to crumble, and that's going to upset some people while it happens. 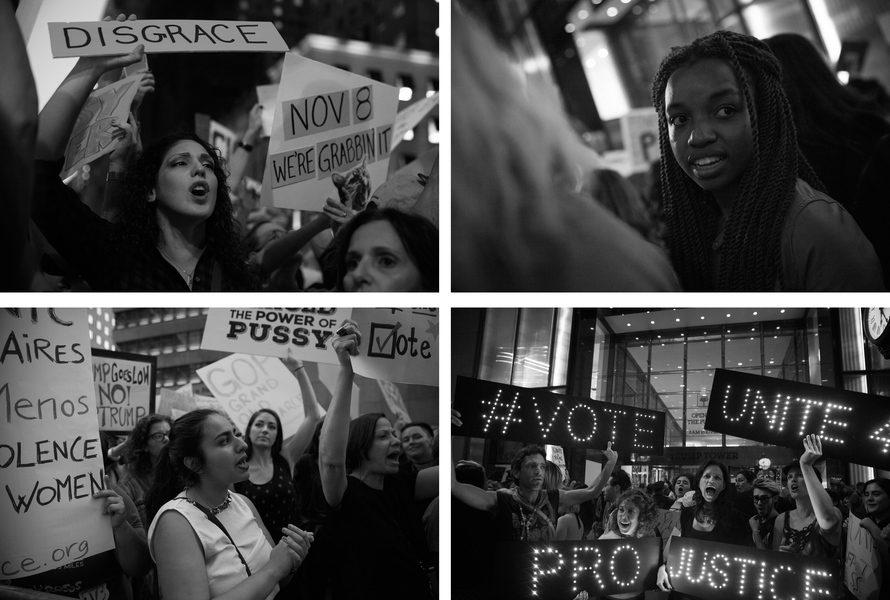 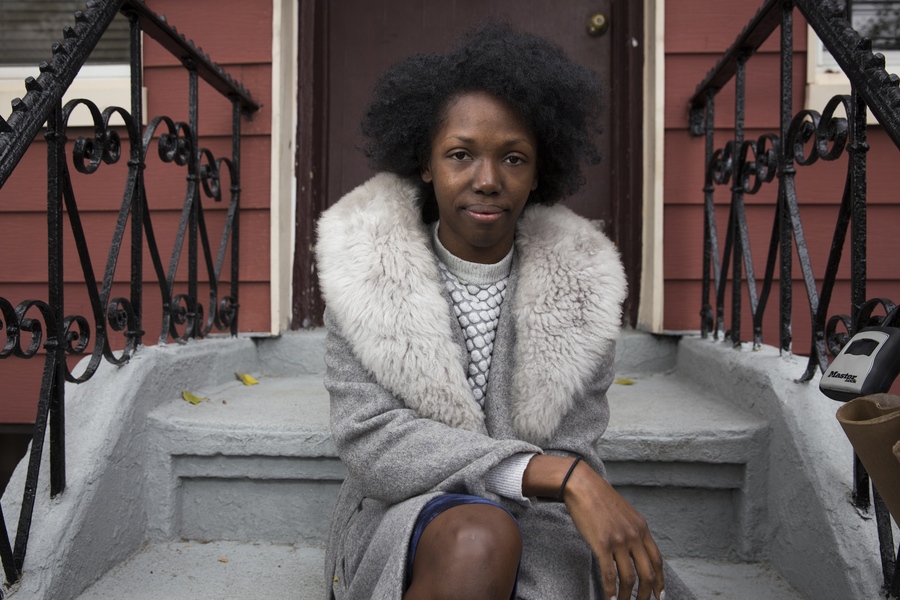 I do a lot of Black Lives Matter activism. I thought it was important to show solidarity, and I feel like feminists need to rally around making sure Trump does not get any sort of vote. He is just the embodiment of Jim Crow, of stereotypes, of slavery, of every sort of violent, every sort of homophobic, every sort of scary remnant of American nostalgic past. We need to get rid of that. We need to eradicate that. We need to do more than just not vote for Donald Trump.

I feel like this wave of feminism is really important for us to make sure we are super reflective of our diversity as women, in all shapes, sizes, colors, genders. There is a hard spirit of revolution in the air right now, of activism. It's your duty to not only go out and protest. It is your duty to use whatever gift you have to do something about it. 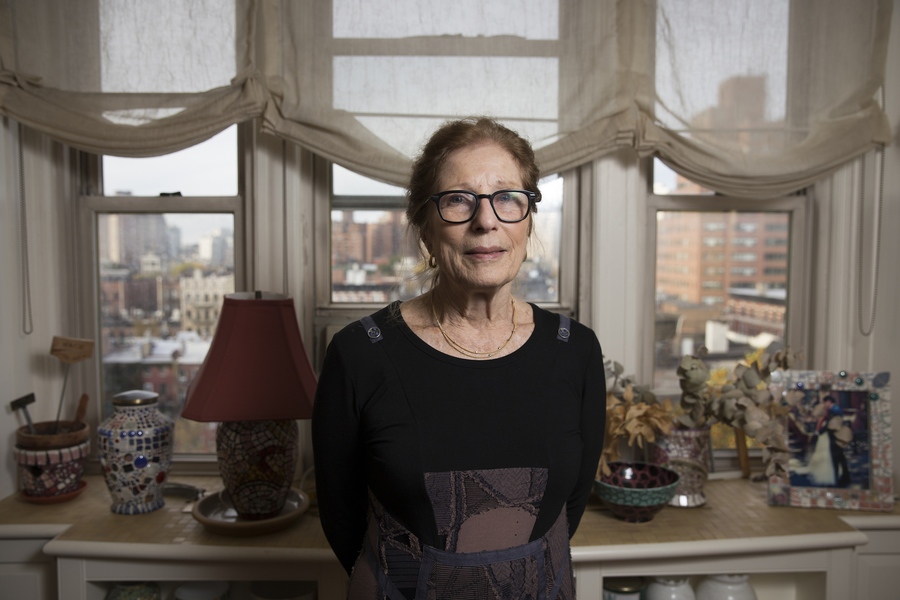 I guess [Trump] didn't know that we're pussies that haven't been declawed. We're scratching back now and that's the important thing. We have to be a collective.

I was glad to see there were young women, because I don't want to die without knowing the next group of women is going to take over. We need young, nasty women too. It used to be the sort of thing where you couldn't get a date if you were nasty, but now, alright, so you don't get a date. You get something else. You get a voice. 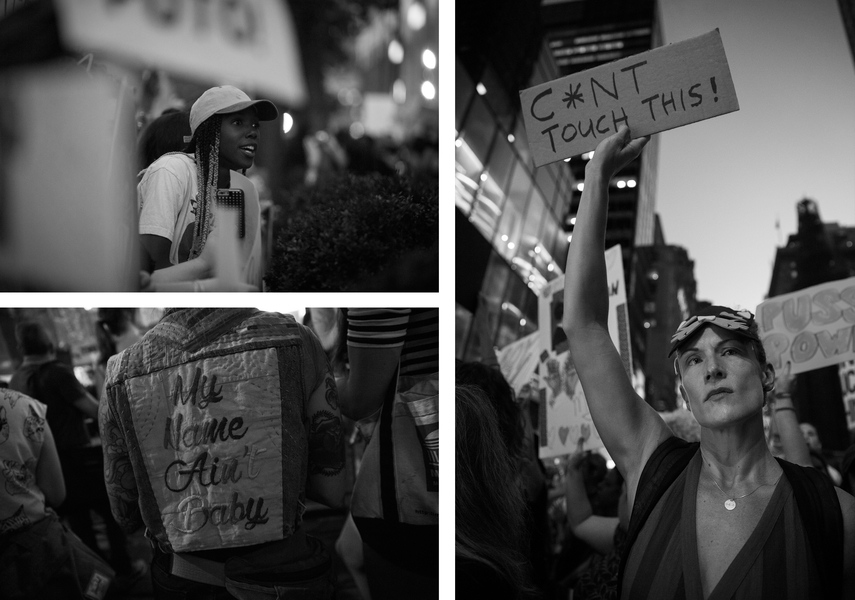 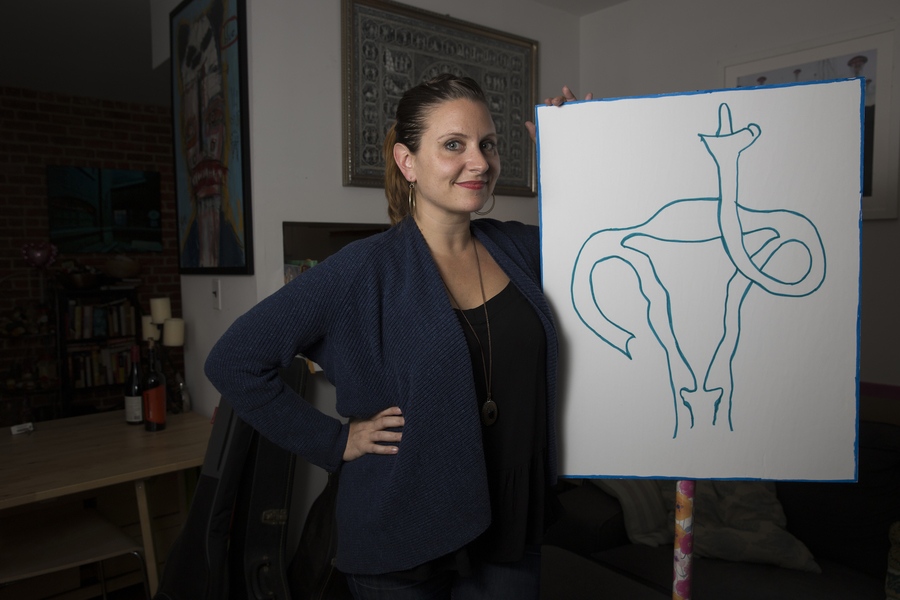 Early in my career, I was a rape crisis advocate. I've held hands during therapy, during abortion procedures, during rape kits. One thing that always chaps at me a little bit is when you see the pervasive impact of stigma. That's present in how we've been talking about women in this campaign, about the types of women that might experience a sexual assault or a trauma and the types that wouldn't: If she's smart enough, if she's good enough, if she's whatever enough. 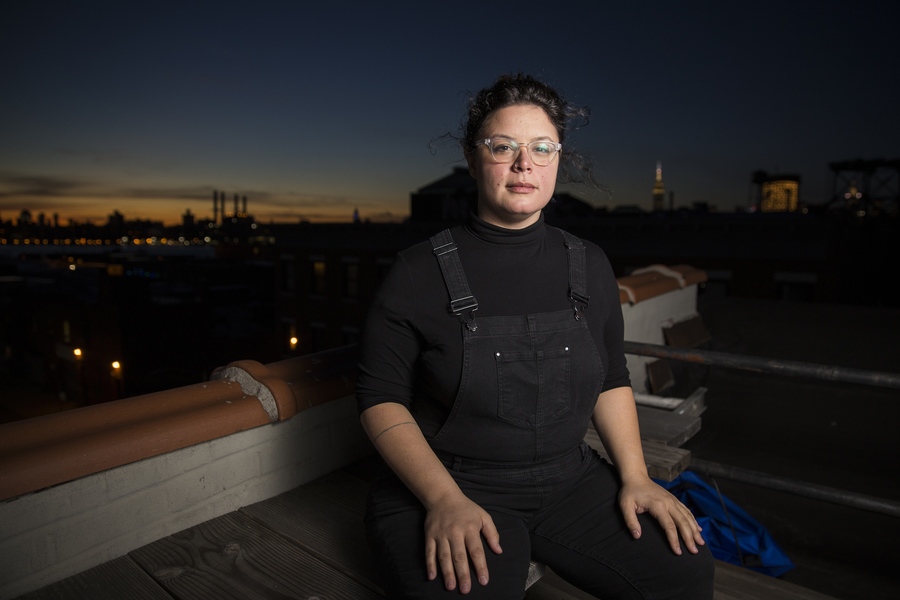 As someone who has been a victim of sexual assault, it feels very personal and very urgent to not allow someone like that to be anywhere near public office. A lot of us have never been able to look our attackers in the face or to express our rage at the person who violated us.

Women's issues are starting to actually be on the table. Having a provocateur in the political arena at least takes us somewhere different than where we are and moves us from the status quo. The question is what do we do with that and how do we combat that? And how do we bring that out into the sunlight and call it out for what it is? 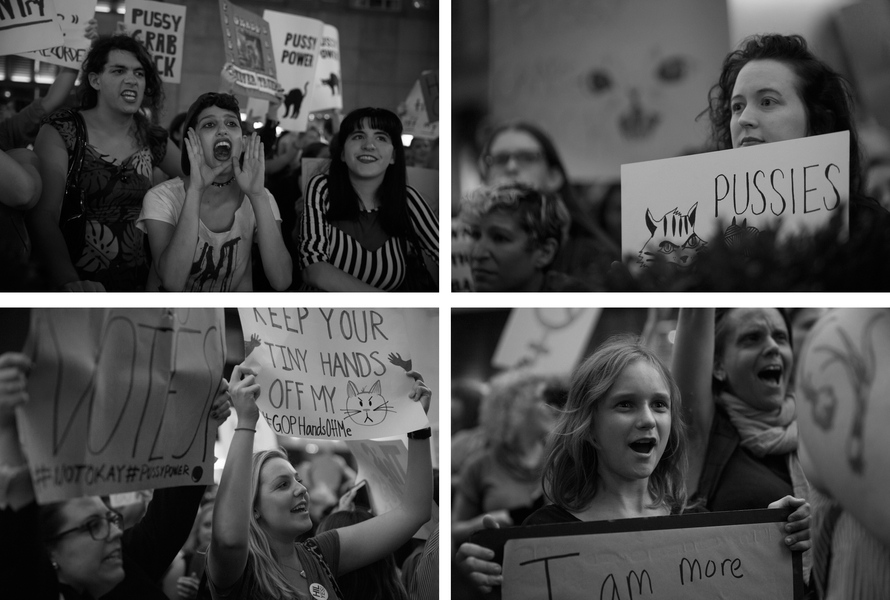 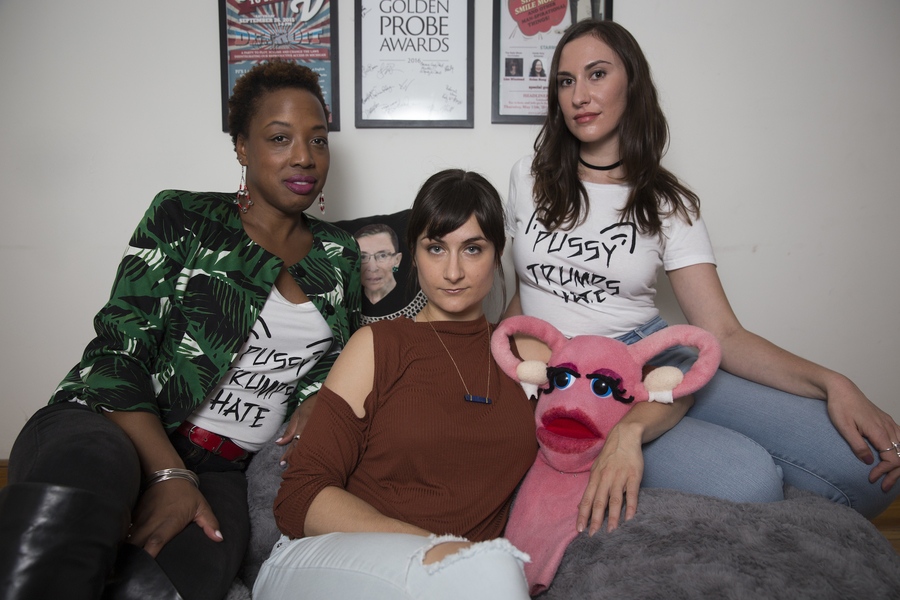 If the election happens and he doesn't get elected, some people might think, "Whew, we dodged a bullet." But right now, those bullets are in our state houses already enacting laws. We need to pay attention to bullets passing legislation who have been doing it for decades. Ever since Roe v. Wade, they've been making concrete steps toward restricting access to abortion and autonomy of your own body.

Those people and those sexist, misogynist, racist thoughts, they're not going to go anywhere. I think they're going to stay amplified, and I think it's going to be very difficult. On the flip side, what Pussy Power has done and what these social media movements have done is that our voices have been amplified, too. People can't say that sexism doesn't exist, that racism doesn't exist, that homophobia doesn't exist. At least these things are coming to light so we can finally, hopefully move past them. It feels like it's a long battle ahead but one that we can certainly win. 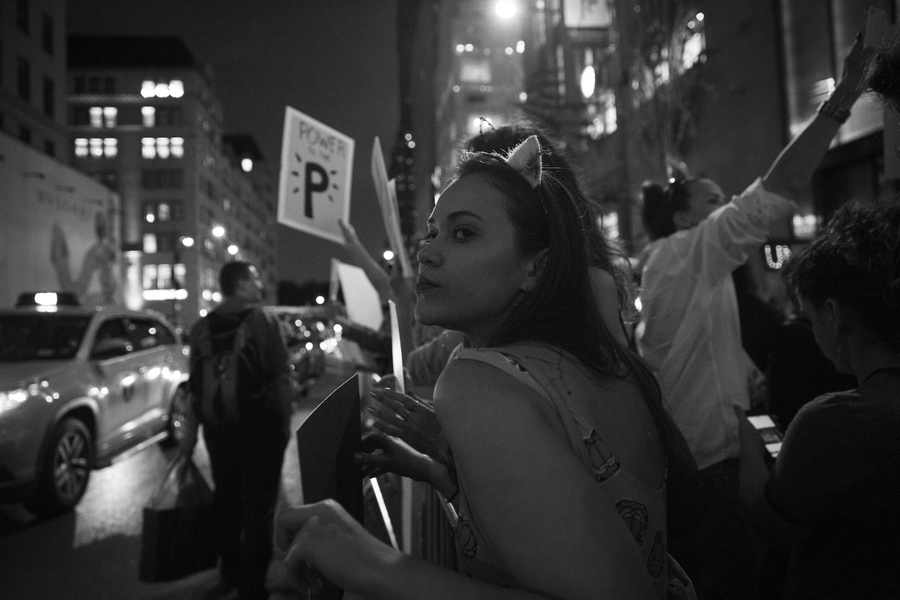